The 2022 Slate Selection Commission is proud to present this year's American Massage Therapy Association (AMTA) National Board Election Slate for your approval and support.

This year's slate includes massage therapists from across the profession who bring a wealth of volunteer experience in both chapter and national positions to the AMTA Board of Directors. They would all bring their energy and complementary skills to AMTA's National Board.

The AMTA National Elections will be open Tuesday, November 15 through Thursday, December 1. All professional members (as of October 1) are eligible to vote and should receive their ballot via email on November 15. 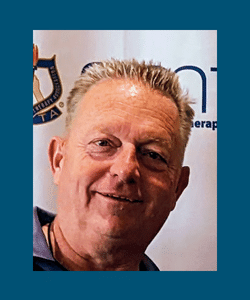 Heber J. Blackner has been a massage therapist for 10 years. He attended the Myotherapy College of Utah where he was trained in over 20 modalities including sports massage and myofascial release. He has been the Utah Chapter President since 2018. As President, he has worked to create a diverse group of individuals to lead their Chapter and develop their mission and goals. Heber would be a new member of the National Board.

“I appreciate all that AMTA has given me, and I want to give back to the members and the profession.”

“I love how past AMTA leaders inspired me to be involved and will always be grateful for their mentorship and encouragement.” 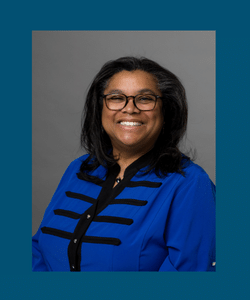 Cindy has been a licensed massage therapist for 25 years and has owned her own business for 23 years. She previously served on the School Awards and Education Operational Committees. Cindy has held a variety of positions nationally and in her Georgia Chapter, including chapter president. She received the Georgia Chapter Meritorious Award in 2012/13, and would be a returning member of the board.

Cindy was previously Assistant Director of Education at the Atlanta School of Massage and is a NCBTMB Approved Provider. She is a strong believer in AMTA’s multi-year initiatives for the profession, because they enhance the opportunities for massage therapists, especially AMTA members, to be successful. And, she is committed to strengthening AMTA’s chapters.

“Early into my massage education I knew playing a role in furthering the profession of massage therapy was a significant part of my purpose. Volunteering with AMTA (since 2002) was/has been a natural extension to that end. In addition, service on the National Board affords the opportunity to purposely apply my leadership skills and acquired experience to be in a position to support AMTA’s initiatives, support its members and positively impact our profession.” 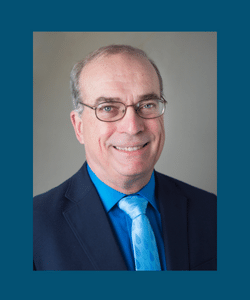 Robert (Bob) has been a massage therapist since 1981 and was the Director/Owner of the Pittsburgh School of Massage Therapy from 1986 to 2019. He has been an active chapter volunteer since 1988, including serving as Pennsylvania chapter president. Bob would be a returning Board member.

Bob was instrumental in the development of the House of Delegates and how it was organized, and has previously served on the Pennsylvania Board of Massage Therapy as its Chair. Bob is invested in supporting the membership initiative since it is an important building block for creating and maintaining a strong membership base.

“I love this profession and I love AMTA. To be able to contribute to both in this way is an honor and a privilege that I never expected during my early days in the House of Delegates. I look forward to continuing to serve the AMTA and the profession, and giving back to the organization that has done so much for the advancement of massage therapy.”

“From on-site chair massage to hospital-based massage therapy, this profession is incredibly diverse and needs to move forward in a way that respects that diversity. This is my focus and a primary goal of mine.” 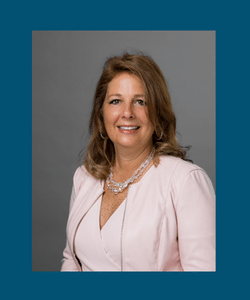 Kimberly (Kim) has been in massage therapy practice for more than 15 years and for 7 years was an instructor of a deep muscle massage course and supervised the student clinic at Health Options Institute in Bethlehem, PA. She has held several positions in her Pennsylvania Chapter, including President from 2014 to 2016. She received the Pennsylvania Chapter Meritorious Award in 2015. Kim would be a returning Board member and currently serves on the National Finance Committee.

”While I practice open mindedness, knowledge presented at the board table has further enriched my effective decision making skills. I feel confident as a team as we can move the Association forward.  I pride myself on building relationships. Connecting with members, being approachable and engaging; nurturing trust and respect, all while providing a safe, supportive, positive environment builds our AMTA community.”

“In the last two years we have faced many challenges as an association. However, we never lost sight of our goals! First and foremost was our Community. It mattered more than anything. 'Now More Than Ever, Community Matters' is the first phrase you see when entering the AMTA website. But it’s more than just a phrase. AMTA worked hard to help members feel connected and cared about at a time when the world seemed so lost.” 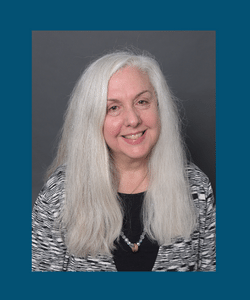 Cheryl L. Siniakin has been a licensed massage therapist in Pennsylvania since 1986. She has her Board Certification in Therapeutic Massage and Bodywork and has served in an AMTA leadership role since 1990. Cheryl has also been the Chair of the National Bylaws Standing Committee for over 20 years, and has been a massage educator for 31 years. Cheryl would be a new member of the National Board.

Cheryl was responsible for spearheading and creating a two-year Associate in Science degree program in massage therapy at her local community college in 1999, which continues to thrive to this day. She was also a site visitor for COMTA for multiple years, and served as the Pennsylvania Chapter President from 1994-1996.

“I am inspired to serve on the National Board because I’ve seen a lot; questioned a lot, synthesized a lot, accepted a lot, and celebrated a lot. I believe that the timing is right for me to serve the association in this capacity.”

“My Master’s degree is in Psychology. I am a trained listener. I have the ability to hear what a speaker is saying without prejudice. I believe this a skill that is valuable for a National Board member to have.” 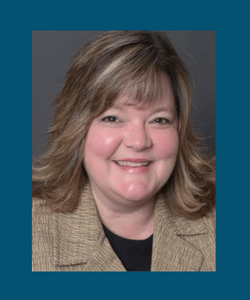 LaDonna Ward would be a returning Board member and recently served on the National Finance Committee. She also held the position of Chapter Presidents Council Moderator and was a member of the National Chapter Relations Standing Committee. She has been a chapter president, a massage therapy instructor for more than 25 years and a school owner for 20+ years. LaDonna was the recipient of the Alabama Chapter Meritorious Award in 2013.

In addition to being a school owner, LaDonna is also a massage clinic owner. She is especially excited about AMTA’s efforts to support chapters, enhance the chapter experience and advance AMTA’s culture and membership initiatives.

“One of my inspirations is to continue to help AMTA members to feel like we are a part of something bigger and something special.”

“As a teacher, I have learned that leading by example is the best way to invigorate the spark needed to accomplish goals. If you care, they will care. If you love the AMTA, they will too. If you want the best for others, your team will too.”

Eligibility Requirements For The National Board of Directors

If you have been an AMTA professional member for at least three years and have served as an elected chapter volunteer, or an appointed or elected national volunteer within the past three years, you are eligible to be considered for the AMTA National Board of Directors.

If you meet these eligibility requirements, consider applying to serve on the National Board of Directors. The application is the first step in a rigorous process designed to help find AMTA members whose personal and professional strengths create the strongest national board team while considering diversity and inclusion.

What is the Slate Selection Commission?

The Slate Selection Commission is a group of current and recent past national volunteers with deep knowledge of AMTA who guide candidates through the application process and ensure they meet the high standards required of national board service.

Members eligible to serve on this commission include: Chapter President Council Moderators, past national presidents and board members, past and current national standing, advisory and operational committee chairs and members, and past Slate Selection Commission members.

The Slate Selection Commission has the important responsibility to bring forward the strongest slate of candidates for AMTA members to consider.

Policy: The SSC has the following duties and empowerments:

Applications are due to AMTA's office.

Ballots have been counted and results concluded. The results are held in confidence by the Commissioner of Elections until the official announcement, which will be before January 1.

Note: Dates scheduled by policy that fall on a Saturday, Sunday or a holiday are moved to the next business day.